Last Thursday was Take Your Parents To Work day at Google.

This balloon arch greeted parents as they arrived at Shoreline Amphitheater in Mountain View. If you’ve ever heard of Project Loon, you probably know about our attempts to use balloons to get internet to remote places with little access to Internet. Well, these are those balloons. Inside each one is a scale model of the internet, which, when beamed from the sky to the earth, has just enough time to expand and become the full internet.

None of the parents realized it. Imagine how many Internets they could’ve taken with them.

My mom hadn’t been there an hour before she’d been trapped by Google. In this “rest stop” parents were caught, chipped, and released back into the wild. This provides the most accurate location information and invaluable data about the user’s habits, which will be used to target the most relevant possible Candy Crush ads to parents.

You wouldn’t believe it but this bot is almost indistinguishable from a real human. Bots really are the future. 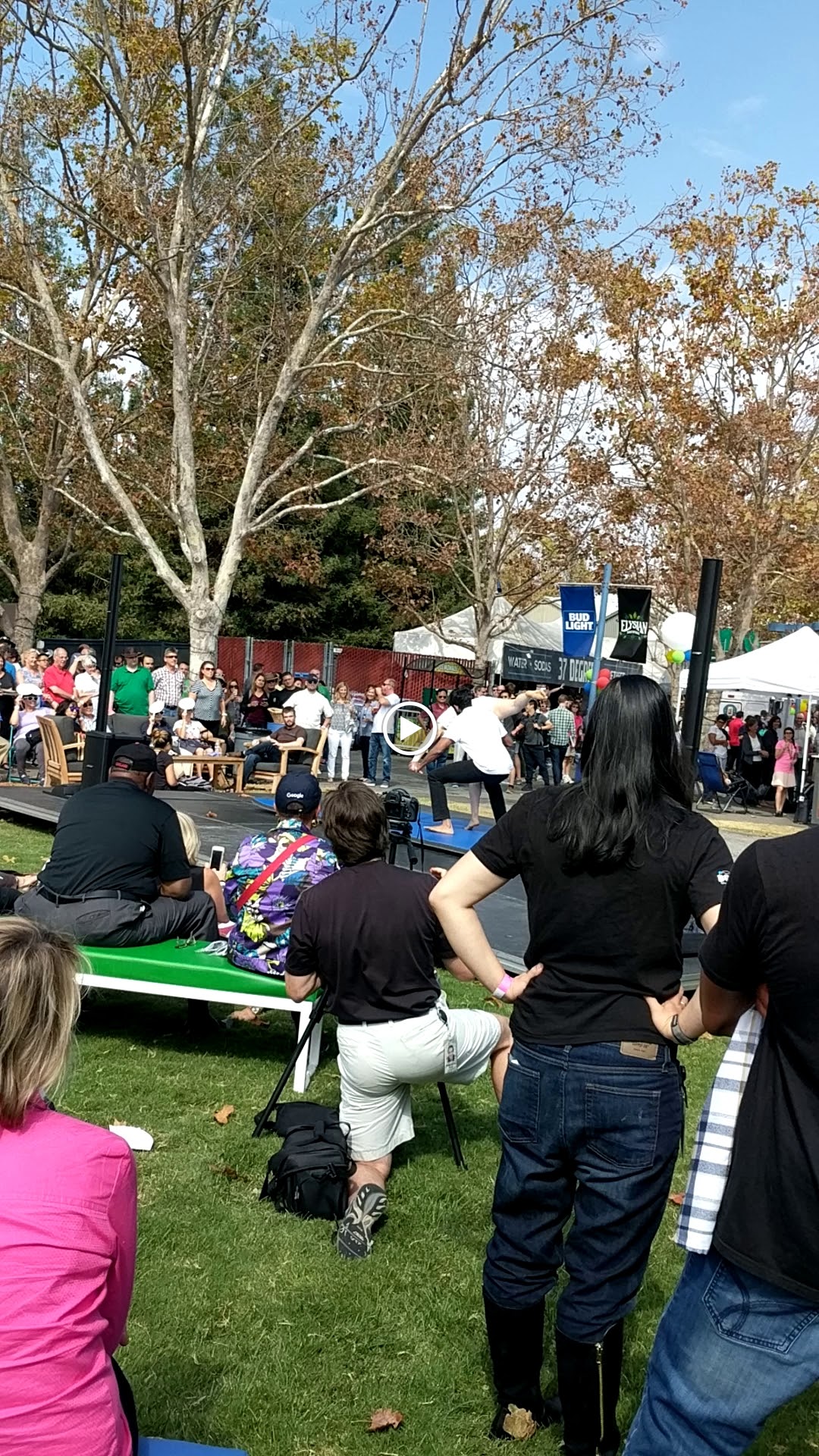 There was a acro-dance performance that words can’t describe. It can only be described by more acro-dance.

I hope that helped explain the first dance clip for you.

All of the parents eventually filed into the amphitheater for a special presentation by Sergey, in which he spent sixty minutes explaining how to take a screenshot in Android. There was a Q&A afterward in which each parent thanked Sergey for having them, thanked him again for hiring their child, and then asked if he could go over the screen shot instructions again. The amphitheater cleared out pretty quickly when Sergey and Sundar thanked the parents for coming and told them they’d all been signed up for Google+. I saw six parents pile into one self-driving car to get away, but they got out after the third time it drove around in a circle taking pictures of the street.

All in all, it was a pretty cool day, and I’m happy to have finally proved to my family that I do work for Google and am not making it up.

There's a notion gaining popularity that meta-irony is the dominant comedic point-of-view of Gen Z [https://www.wyspr.co.uk/post/understanding-gen-z-post-ironic-humour]. I was resistant to this notion, at first, because I try to remain skeptical of any kind of trends overstatement, especially generational overstatements, but as I've sat with

There's something going happening on the internet right now with the idea of liminal spaces. Liminality is a concept that has its roots in anthropology [https://en.wikipedia.org/wiki/Liminality], describing the in-between period in a rite of passage and the sense of disorientation that comes from being now
My dissatisfaction with the time I was spending on the Internet really began to surface all the way back in 2017, a feeling which inspired the relaunch of this blog [https://www.earnestpettie.com/fresh-start/]. Back then, I wrote: > As part of my fresh start, the first thing I’ve