There's something going happening on the internet right now with the idea of liminal spaces. Liminality is a concept that has its roots in anthropology, describing the in-between period in a rite of passage and the sense of disorientation that comes from being now what you once were and also not what you will yet be. This concept is explored at length in Britney Spears's groundbreaking I'm not a girl, not yet a woman.

The academic understanding of liminal spaces is being supplanted by a more popular internetty definition, in which the spaces are more literal. These spaces are labyrinthine hallways in buildings, exteriors of vacant truck stops, and other seemingly abandoned architecture devoid of people, contextualized to foster an eerie sense that something isn't quite right.

It's that sense that something is not quite right – that feeling of discomfort– that links these images to the original idea of liminal spaces.

These images of liminal spaces trigger a feeling that space itself is liminal, that these creepy settings are places where one might be slipping into a gap between reality and unreality (this concept is explored at length in Rod Serling's intro to The Twilight Zone).

Last year, the liminalspaces subreddit spun up to catalog these images, and several subreddits related subreddits, including weirdlyfamiliar and liminalreality, have opened since April.

Google search interest for "liminal spaces" is hitting an all-time high this year.

And you can now find "Strangely Familiar" compilations like this one that has been viewed over 1 million times on YouTube.

Of all that I've seen and read, I think this video by Solar Sands does a great job of summing up what's going on with liminal spaces.

Of course, there are antecedents we can find. For example, The Dictionary of Obscure Sorrows created two words that have been used to describe liminal spaces, anemoia and kenopsia, in 2014 and 2012, respectively. Anemoia is nostalgia for a time you couldn't have experienced, and kenopsia is the atmosphere of a normally bustling place that is now vacant.

The difference is that while some of these other nostalgic trends are rooted in a strange familiarity, they put you at ease, and liminal states do the opposite. They put you on edge.

Aesthetics The liminal spaces trend doesn't exist in a vacuum. Fandom lists Liminal Spaces as an aesthetic, which places it in the same plane as cottagecore and dark academia as moods to be adopted and shown to others as an online expression of oneself.

Nostalgia Many of the images of liminal spaces are structures and interiors from the 80s and 90s, which lends itself to the feeling of "strange familiarity" and uncanniness people describe from these images. There's a connection to the dreamlike quality of vaporwave and the forlornness of abandoned malls. On the less morose side, we're just in a fully nostalgic mode with albums like Dua Lipa's  Future Nostalgia, Wonder Woman 84, and Saved By the Bell reboots all over our media landscape.

Creepypasta Creepypasta are scary stories created by the internet for the internet, and these images fit that mold. These images without the context provided by Reddit or the music added in compilation videos might not seem creepy otherwise, but these images are framed in a way to trigger the sensation of unease.

Oddly Satisfying In a way, this content is the exact opposite of oddly satisfying videos and gifs, which are images whose sense of completion puts people at ease. Here, it's the sense of something missing that creates a feeling of unease.

I watched a video from Nerdwriter that really tied things together for me. This week, he uploaded a video exploring the art of Giorgio De Chirico, and how images of the world today evokes De Chirico's art from a century ago.

In this video, he discusses Chirico's metaphysical art and compares it to the images of the world we saw in March and April as the world locked down, and our public spaces were drained of the people that normally filled them. 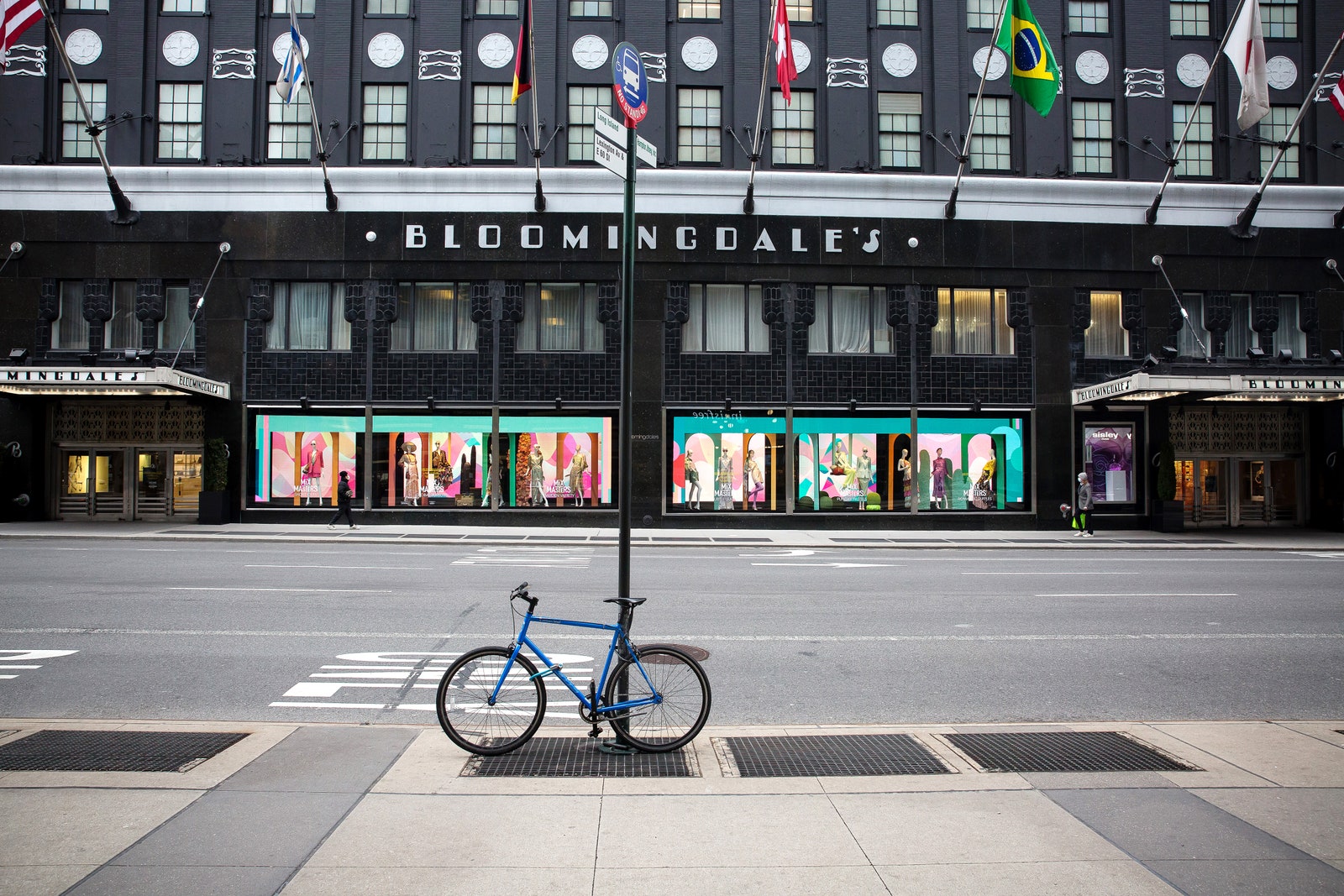 I think Nerdwriter missed out on the opportunity to connect De Chirico and liminal states, though.

The superficial connection between De Chirico and liminal spaces is almost self-evident. His empty, eerily familiar public spaces share that sensibility with the strangely familiar photographs popping up on Tumblr, Reddit, TikTok, and YouTube, which are also, yes, reminiscent of the startling images of our quarantined public spaces. The connection to liminal spaces runs deeper, though.

De Chirico was somewhat of a forerunner to surrealism, which was a philosophical and artistic movement which posited that there was an independent reality lurking beneath the one we experience, and through allowing the subconscious to run free, you one could access and express that other reality. This bears a striking resemblance to the idea of liminal spaces making us uncomfortable because they call to mind a reality beneath the surface of what we're seeing.

But what makes this the most 2020 of trends?

Liminal states are the ultimate reflection of the mood of the world.

These sense of emptiness that pervades these images, the dread of loneliness they provoke, are an articulation of the world we live in, where most of us are doing our best to limit our exposure to each other as possible, living as lonely as possible because the alternative brings the possibility of even more loneliness, dying alone.

Nerdwriter pulled out this quote from De Chirico in his video:

"The whole world, down to the marble of the buildings and the fountains seemed to me to be convalescent."

This was the epiphany that led to his creation of The Enigma of an Autumn Afternoon and became the basis for his Metaphysical artwork.

I think convalescent is the word that best describes the world, right now. We have been waylaid by this pandemic and are doing our best to recover. In that sense, the entire world exists in a liminal state. There is before COVID, and there is after COVID, and we're stuck in the dismaying middle at the moment.

And there are many other liminal states that we exist in, right now. In the US, we are between Presidents who will govern in wildly different ways. We're in the midst of two reckonings with #BlackLivesMatter and #MeToo. We exist in a wildly disorienting state, the end of which seems at hand and yet too far away, and these liminal states are the distillation of that discomfort.

If you'd like to see more posts like this, consider subscribing to my newsletter so that you can get these posts when they arrive. It's free!

Get the latest posts delivered right to your inbox

My dissatisfaction with the time I was spending on the Internet really began to surface all the way back in 2017, a feeling which inspired the relaunch of this blog. Back then, I wrote: As part of my fresh start, the first thing I’

Stay up to date! Get all the latest & greatest posts delivered straight to your inbox